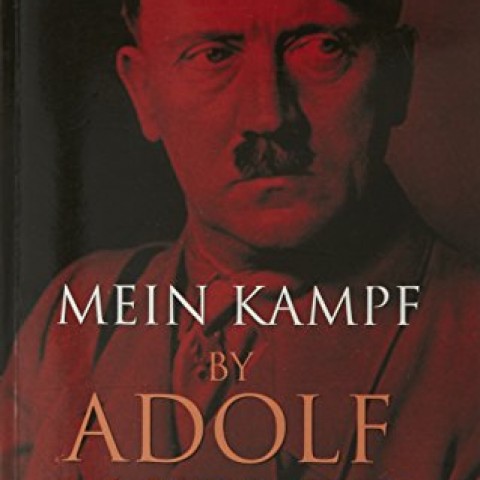 Mein Kampf, meaning ‘My Struggle’, is one of the most controversial yet most intriguing book of all time. When Hitler first started dictating the book to his deputy Rudolf Hess, he was imprisoned for what he termed as remorse for his ‘political crimes’. The book consists of two volumes, the first being written during the thirteen months of his imprisonment and the second volume later after his release. It is said that Hitler’s original intent behind writing the book was to fulfill his financial obligations towards the expenses incurred during his trial.

Mein Kampf is based on the main thesis of ‘the Jewish peril’, telling us about the supposed Jewish conspiracy to gain world leadership. The author, who is also the narrator, tells us about his life and how he became the antisemitic and militaristic person that he was so well known for and still is. His ideologies against the Jews is quite contradicting as he mentions in the book that he never met a Jew until he arrived in Vienna, yet why his hatred for them so profound, still remains a mystery.

Mein Kampf also serves as a book of political theory wherein Hitler’s hatred of Communism and Judaism (which he refers to as the world’s twin evils), his need to conquer more territories in order to nurture the ‘historic destiny’of German people and the reasoning he provides, form a very good basis for the study of political history. The book was first published in 1925 and is available in paperback.