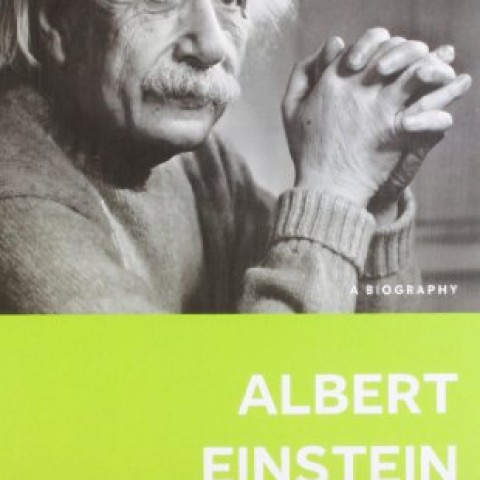 Albert Einstein: A Biography by Alice Calaprice and Trevor Lipscombe is a biography of Albert Einstein, the greatest scientist in the world and a man laden with pure genius and brilliance. This book tells us about Einstein’s childhood, the time when he left school and how he debunked people’s belief that he was dumb and lacked intelligence. The book describes his childhood in Germany and then his teens in Italy. Einstein took a diploma exam in Zurich and then failing to find a suitable job, he worked as a patent clerk in Switzerland. Here, he wrote some of the most important scientific papers in the field of theoretical physics.

The writers go into a great detail about Albert Einstein’s scientific contributions, which include the famous paper on the photoelectric effect. Einstein was later awarded a Nobel Prize for this work. Then, he wrote his famous paper on the theory of relativity which became a founding principal for the nuclear bomb. He was one of the scientists who convinced American President Roosevelt that the Nazis were attempting to make a nuclear bomb. In 1952, Albert Einstein was offered the Presidency of Israel. He was a pacifist his entire life and fought for civil rights. He died in 1955 of internal bleeding and his brain has been stored for study by the future generations.

Albert Einstein: A Biography was published in 2012 by Jaico Publishing House and is available in paperback. This is the first edition of the book.